The last person who should be catching Francois in a lie is the one who does. Melita is discovered by Meikie cuddling a male coworker. Koloi’s attempt to become a waiter goes horribly wrong.

Khwezikazi is forced to reveal the truth to Francois after being forced into a corner. Elizabeth and Melita’s front lines of conflict are strengthened even further. A familiar face pays Koloi a surprise visit while she is at work.

A pregnant woman who has gone missing decides to make a splash at a party, which upsets everyone. Melita’s attempts to seduce a decent doctor fail. Koloi thanks the Good Samaritan who helped him in the concrete jungle.

For uncle and nephew, the chickens have gone home to roost. Charles aggravates Jacobeth’s recently opened wound. Melita’s desperate attempt to use seduction to pay off a debt goes miserably.

Lehasa is in Petersen’s grasp by a thread. When Babeile finds out that his new companion is a someone from his past, he is surprised. In an effort to keep her work, Melita takes drastic steps.

Lehasa must remain in jail, and Khwezikazi is determine to keep her there. Pretty is prepared to step in. Mr. Kgomo displays the highest calibre of temptation resistance. Unlike Babeile, Rathebe is welcome with open arms by Jacobeth.

While Pretty visits Lehasa in prison, Khwezikazi is focuse on having a nuclear family. While Rathebe settles in and pushes through for her first day, Babeile’s hatred towards Rathebe continues to build. Mr. Kgomo brutally reprimands Melita.

Baby Maphosa is briefly in danger, but the Maphosa heir is undoubtedly a warrior. In an effort to help her boss out of her work problems, Melita makes a daring move on her. The newly arrived Sergeant is committe to solving every unresolved crime in Turf.

When Lehasa finds out that he is a father, his irritation in the figurative hell increases. Babeile is determine to make Rathebe’s new life in Turf an absolute misery. Melita is prepare to up the stakes, but her unidentified lover unintentionally throws a wrench in her plans.

Khwezikazi becomes enraged after Lehasa makes a demand of her. The Kgomos treat themselves to a special Valentine’s Day supper to further spicify their romance. When Rathebe’s suspicions are confirme in Babeile’s house, it doesn’t merely strike a chord.

Lehasa encounters someone who deeply affects him. One hospital staffer believes it’s the last time for her. Pretty struggles adjusting to her new reality.

An unpleasant present from an enemy ruins Lehasa’s happy family moment. For a worker, Mr. Kgomo gets his hands dirty. Rathebe is adamant about cracking the Sewisha case.

An employee and her superior at Turf Hospital have a heated exchange. When a sworn adversary poses as a friend, Khwezikazi and Kgosi become concerned. On her first day at work, a young, eager lawyer is rudely awoken.

Khwezikazi makes the decision to put her adversary to rest. Babeile thinks that his trust has been violate. With her boss, Melita goes over a potentially precarious line.

His wife exposes Mr. Kgomo’s deception. Rathebe begins to make connections to a closed murder investigation. Lehasa feels that the ancestors ought to guard LJ.

The figurative door is close on Lehasa by Pretty. Rathebe is deceive by Sergeant Tsheola. Melita is recognise for her sound marital counsel.

Mr. Kgomo and his undetected fling plan a romantic get-together. Alfred falls in love with the town’s new sergeant. When Lehasa finds out that the woman he loves has blocked his number, he is heartbroken.

Pax ends up in the boot of a car he has no business being in because of his ambition to get to Johannesburg. Lehasa makes the decision to finally remove a significant other from his life. Pretty is connecte with a mentor by Bopape.

As Mr. Kgomo and Pax return to Turf, tensions are high. Although Rathebe is adamantly committe to justice, her heart is suddenly telling her otherwise. Lehasa is pressure by Khwezikazi to form a nuclear family.

Pax is force to make a confession after being cornere. When his adversary shows up bearing a gift for LJ, Lehasa is unimpresse. When Alfred discovers that a particular police officer

Concerning the Drama! The story follows the lives of those who reside in Turfloop as they constantly battle for success. It first aired in January 201101. It has become into one of South Africa’s most beloved dramas. Teenagers being put in adult settings has made it popular with TV viewers of all ages. Its topic…

Durban Gen Episode 576, was aired on January 9, 2023 Sne continues to struggle with Dhlomo’s passing. Calvin and Jack are stuck with problem after problem, it seems. Sibiya receives recognition for his efforts. Episode 577 for January 10, 2023 A fresh obstacle has emerged in the Lobola negotiations. Unawarely mixing up patient blood samples… 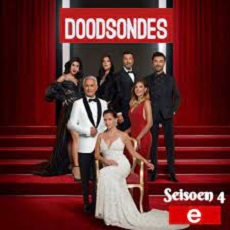 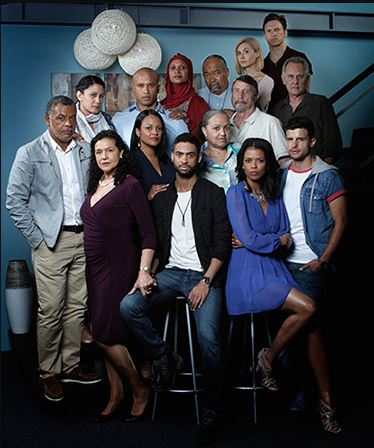